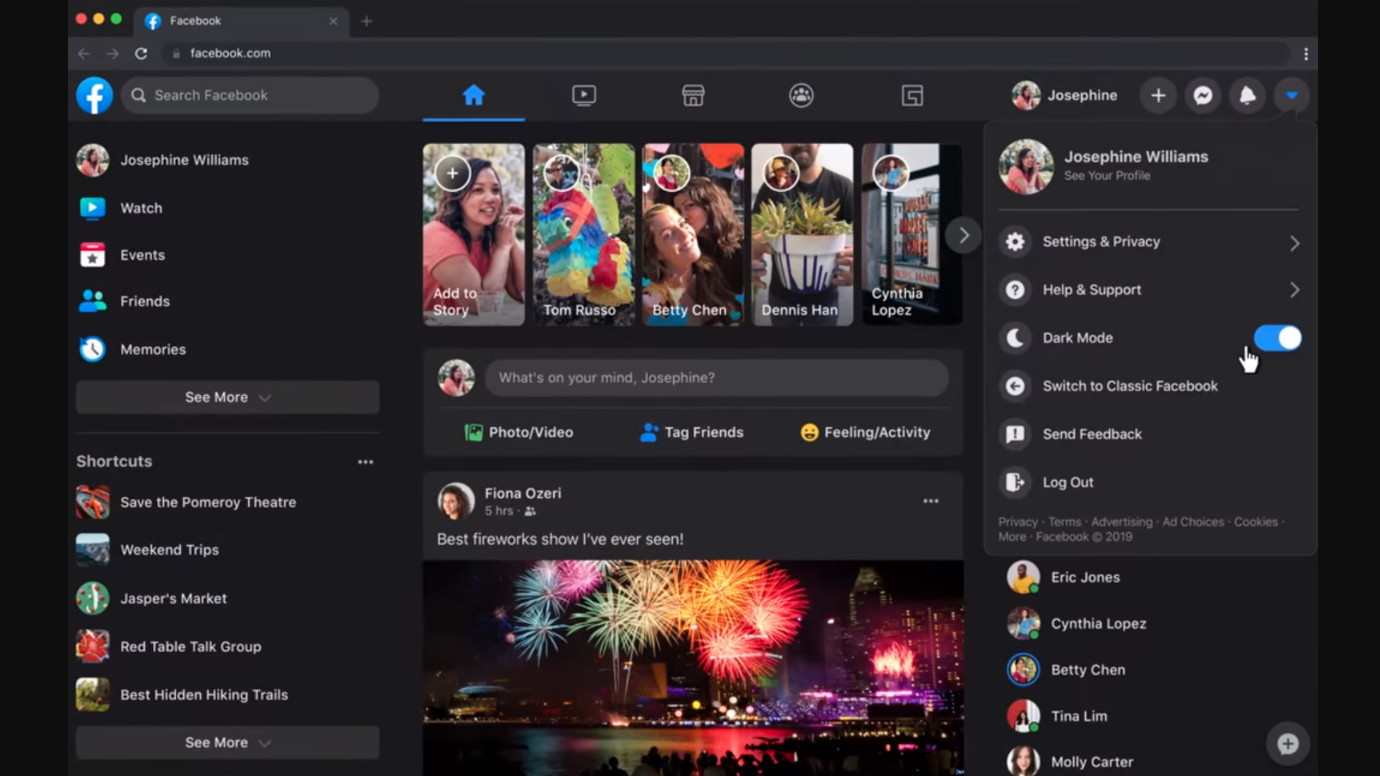 It’s been in testing for quite some time now, but Facebook is now making its redesigned site available to everyone around the world. There are some pretty big changes to be found on the new www.facebook.com, including a simplified look and the all-important dark mode.

Facebook has been testing the site with small groups of users since it was first revealed at its F8 conference last year. Since the beginning of this year, the company has been gradually giving access to more and more people, and now the global release is underway.

Facebook has taken strong cues from the work it has done with its mobile apps, and the redesigned site has a much cleaner, less cluttered feel to it. As well as adding dark mode to reduce glare and eye-strain, navigation has been dramatically simplified, and it is now easier to manage pages, groups and events.

There’s much more empty space in the redesigned site, and text is large and easier to read. Facebook also says that page load times have been improved.

Check out the video below to see what you have to look forward to:

To access the new look site, you’ll just have to sit back and wait. While the redesign has now officially launched for everyone, it will take a little while for it to roll out completely. When the new look hits your account, you’ll be greeted by a message that says: ‘Welcome to a fresh simpler Facebook’.

One of the first things you’ll probably want to try out is dark mode. Just click the arrow button to the upper right of the screen and enable the dark mode toggle switch:

If you decide you’re not quite ready for the new-look Facebook, you can – at least for the time being – revert to the old design. Click the arrow button to the upper right of the screen and select ‘Switch to classic Facebook’ – but it’s well worth sticking with the redesigned site so you can benefit from all of the changes and improvements that have been made.