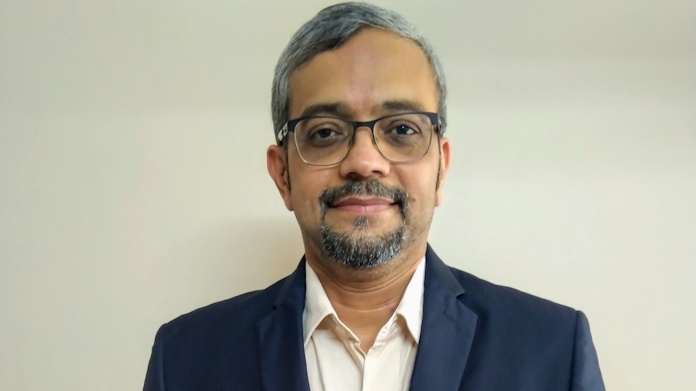 “There is a difference in technology awarness” between Indian users and users in other countries, says Sameer Raje, Head, Zoom India. But that has not prevented Zoom Videoconferencing from becoming the most downloaded app on Google Play Store (India).

Sameer Raje is now the most wanted man in the media, as the usage of Zoom has literally zoomed — it has grown, overall, from 10 million daily meeting participants in December 2019 to 300 million by April 2020.

But Raje is not ready to divulge India-specific numbers. He is in fact not ready to discuss business even though he did say that the company would continue to focus on its traditional base of enterprise business (as opposed to new areas like education that have emerged in the Covid-19 world). Sameer says, right now, he and is company are happy to help people stay connected during the stress-filed pandemic times.

Raje has also had to bring to the fore all his experience and ability to firefight the many issues surrounding Zoom, including the Indian Home Ministry advisory agaisnt its use.

But Raje seemed unfazed and he said his company had complied with all the regulatory norms ordered by the government. And he sounded confident on weathering the crisis and continuing to grow, and also match up to the renewed rivalry from Google Meet and others who have also improved their own offerings.

Raje doesn’t shy away from openly speaking about where his company erred and the mistakes it made on the way when it comes to data storage and its research centres in China.

Zoom has also reached out to many schools to educate safety in the virtual world. “We are having online recorded training sessions and sharing these with school authorities and students,” Raje says.

In this wide-ranging interview, conducted over Zoom’s platform itself, Sameer addresses a variety of subjects including the “new normal in the post-Covid world”, “competition from Google”, “priavcy issues on Zoom”, “Zoom’s response to the Indian government’s advisory”, “sharing of its API and its new encrytion standards”, “how different is the Indian market and the sensitive subject of data storage centres.

Check out the entire interview: