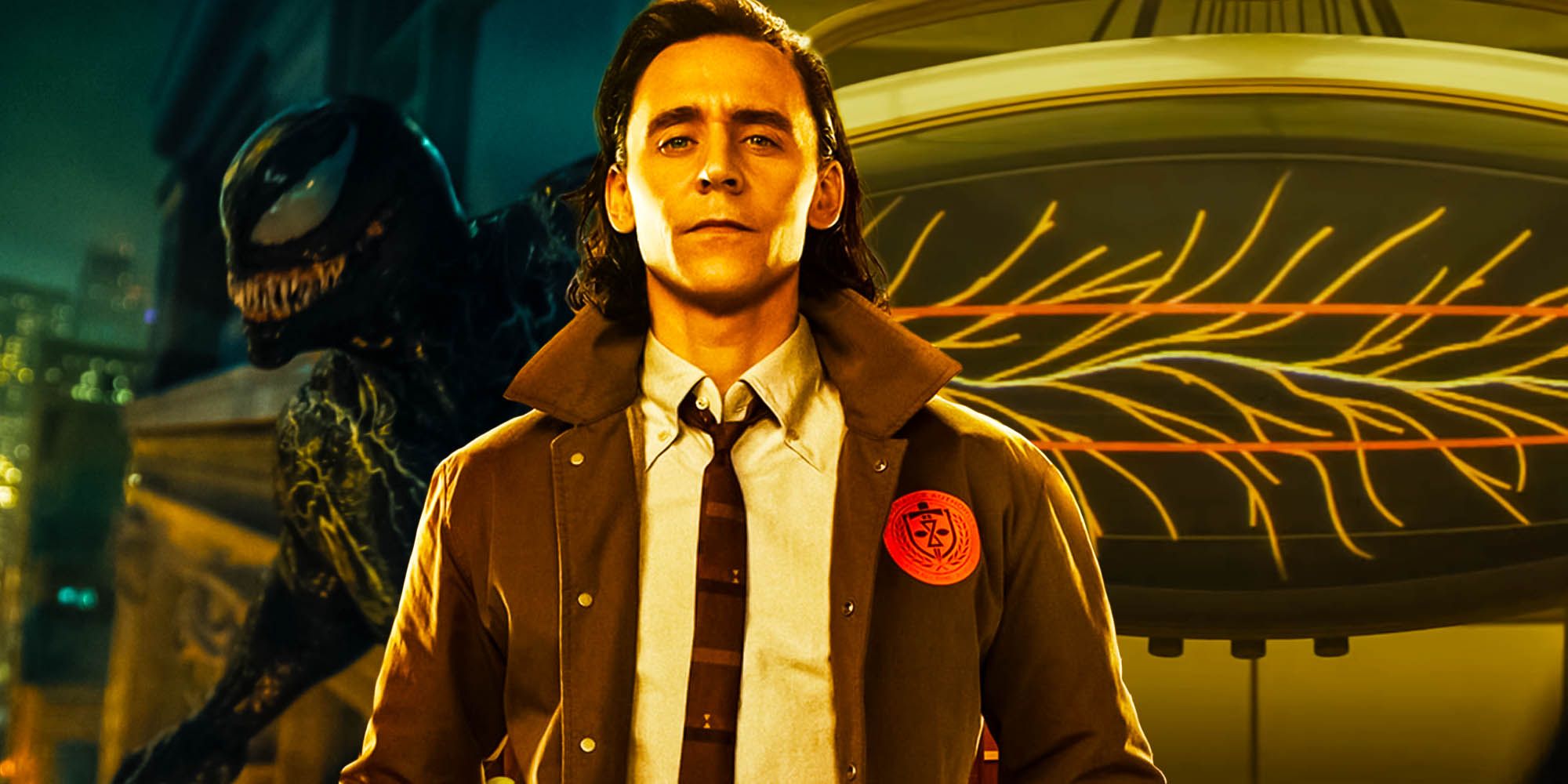 WARNING: This article contains SPOILERS for Venom: Let There Be Carnage!

The post-credits scene for Venom: Let There Be Carnage transported the tongue-slavering symbiote into the MCU and set up a potential role in Spider-Man: No Way Home – and it could be through the “Nexus” events introduced in Loki. There’s long been intense interest in the idea of Tom Hardy’s Venom and Tom Holland’s Spider-Man coming head-to-head. Now, finally, those hopes and dreams look set to become a reality.

Marvel movies have long been renowned for their post-credits scenes, but Venom: Let There Be Carnage‘s is one of the best yet in that it leaves so many questions unanswered. Eddie Brock finds himself unwittingly transported through the Multiverse, arriving to watch a news broadcast in which J. Jonah Jameson ranted about Spider-Man’s secret identity during Venom: Let There Be Carnage‘s post-credits scene. It’s safe to assume this ties in directly to Spider-Man: No Way Home, which promises to transport a number of Spider-Man villains into the MCU as a result of a magic spell gone wrong. There have long been reports of a hidden sixth enemy, and it looks as though Venom is set to fit the bill.

But exactly how has Venom jumped from one dimension to another in the first place? In truth, Marvel is still making up their minds about how their Multiverse works. They determined the rules only after producing a number of films and TV shows based upon it. However, the basic principles may already have actually been explained in Loki.

It’s long been clear that the concept of “nexus” events and beings is key to the MCU’s Phase 4 slate. According to Loki, a nexus event is a moment where a single act can create an entirely different branching timeline in the multiverse. Nexus events can be created by major actions or minor ones – by someone starting a civil war that wasn’t part of the main timeline, or simply being late for work. The Time Variance Authority attempted to prevent the multiverse by pruning all these branches, but they ultimately failed, and now anything is possible in multiversal terms. But the multiverse introduced in Loki is actually more complicated than most viewers realize. Loki director Kate Herron pointed to one shot of the multiverse as it sprang into being, and noted the various branches intersect in quite dramatic ways (as per Murphy’s Multiverse):

“So, there’s the branches, right, which is like the alternative reality. But then something, you’ll see it, it’s very subtle but in the very last shot where you see the Multiverse, there’s like basically other bigger physical timelines branches. So, it’s almost like these different separate trees that are now connecting… It’s almost like a bridge. If you imagine the branch, it is like another reality. But if the branch extends beyond a certain point, it will then connect to other physical timelines… That last shot we did, there are other like thicker [branches] that are meant to be like our timeline. And there are other timelines like that and the branches are the connectors basically.”

Herron seems to be suggesting there are actually two types of intersections between different branches in the MCU multiverse; one where the branches are created, or ones where they connect to one another. In the most dramatic cases, this could potentially lead to a collision of entire realities – the kind of thing seen in the comics in the build-up to Jonathan Hickman’s Secret Wars event, where all the various universes collided. In less spectacular cases, though, a connection between the two branches could be brief, unobserved by most, but it would potentially allow people to inadvertently travel from their home branch to a reality very unlike the world they grew up in. The latter type of nexus sounds exactly like what Venom experiences in Venom: Let There Be Carnage‘s post-credits scene, where Eddie Brock suddenly finds himself transported into a very different bedroom.

But how exactly does the spell work? It is possible Doctor Strange has inadvertently drawn multiple branching timelines into contact with the MCU, creating a dimensional intersect that is centered around Spider-Man – explaining why so many of the characters jumping realities are associated with different versions of Spider-Man. Even Venom seems to have a loose connection to the wall-crawler, with dialogue in Venom 2‘s post-credits scene suggesting the symbiote hive mind transcends the Multiverse, meaning Eddie Brock’s symbiote could well have retained animosity towards Peter Parker from the symbiote encountered in Spider-Man 3. This would explain why various characters from other Marvel/Spider-Man movie universes have been transported into the MCU.

Marvel Studios has a reputation for long-term planning, but when it comes to the Multiverse they seem to be figuring things out as they go along; in July this year, Marvel Studios president Kevin Feige revealed they’d only recently held a meeting deciding the Multiverse’s rules,  even though several films and TV shows focused around the concept were already in, or approaching, post-production. This may well mean Spider-Man: No Way Home avoids any explicit explanation of exactly how Doctor Strange’s spell has backfired, simply settling for confirming it has done so and leaving it to viewers to figure out how; but if that is the case, Venom: Let There Be Carnage‘s post-credits scene suggests the nexus events introduced in Loki would explain it nicely.