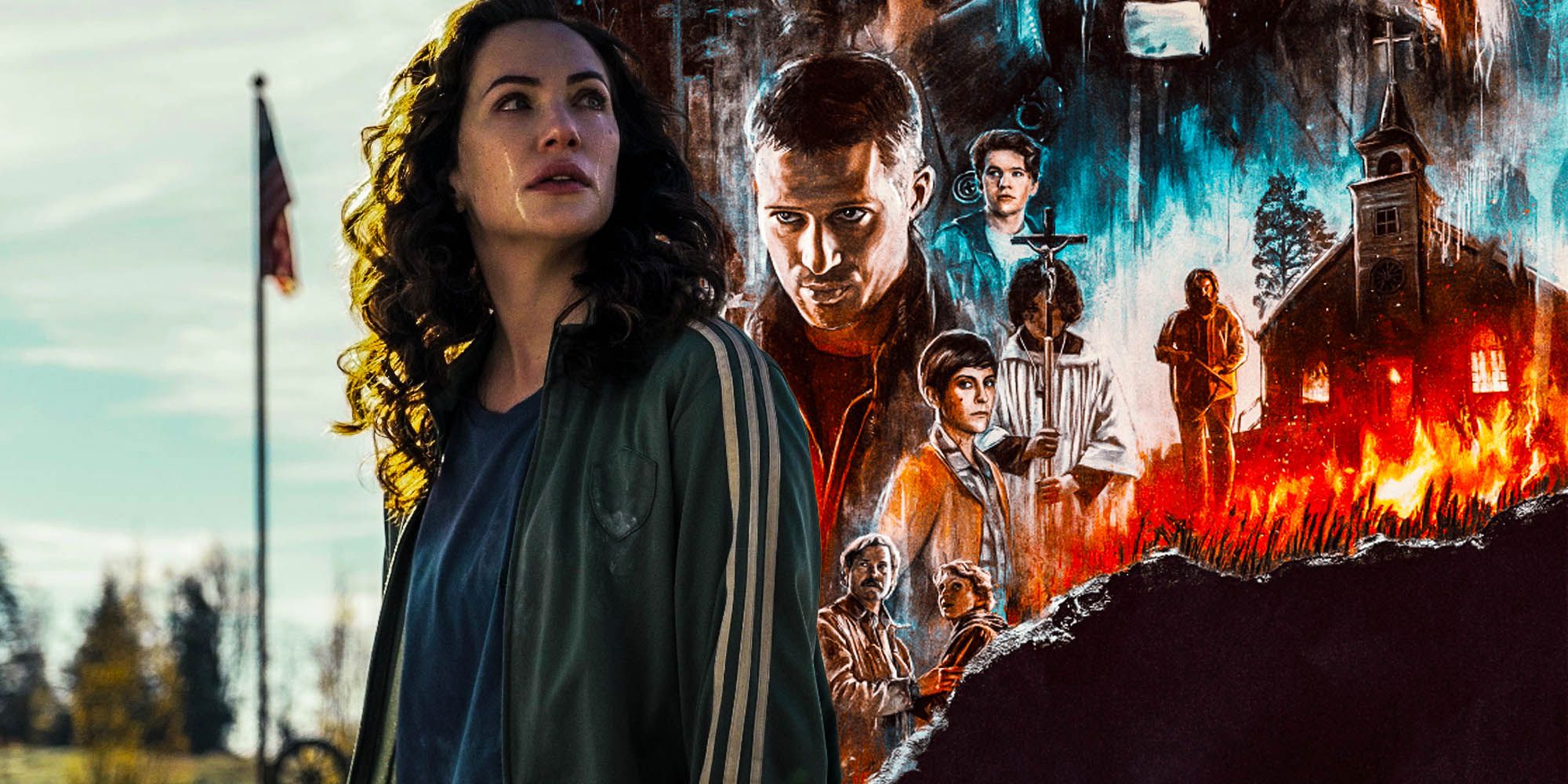 Erin Greene’s baby appears to meet a tragic end in Netflix’s Midnight Mass, but the show could be hiding a twist in its vampire lore. Midnight Mass puts a new spin on vampire stories. In the show, a charismatic young priest named Father Paul (Hamish Linklater) arrives on Crockett Island and immediately makes things terrible. In reality, Father Paul is secretly Crockett Island’s former spiritual leader, Monsignor Pruitt, and ingesting blood from a vampire restored his youth. Pruitt brought the vampire with him to the island, thinking it was an angel, and the creature is different enough from a traditional vampire that many of his congregation buy into the idea. Because the vampire restored Pruitt’s life, the priest is on a mission to distribute vampire blood to the entire island and save his former parish. Though things start promisingly, with the vampire blood restoring the town and healing illnesses, things quickly go awry.

Though Midnight Mass season 1 seems to tell a complete story, the show may also hide the mother of all twists. At the beginning of the series, Erin Greene is pregnant and regularly visits the doctor to check on her baby. However, after receiving the vampire blood through Holy Communion at Mass, her baby suddenly disappears from her uterus. Dr. Sarah Gunning (Annabeth Gish) can’t explain the sudden disappearance and even shows Erin the ultrasound image, revealing her empty uterus. Later, another doctor tells Erin that it doesn’t look like she’s been pregnant at all. After learning about the mysterious healing effects of vampire blood on Crockett Island’s residents, Dr. Gunning believes that the blood destroyed Erin’s baby. According to Dr. Gunning, a fetus is like an “alien presence” in the body, and the blood likely acted aggressively towards it. However, there may also be another explanation: Erin’s baby never went anywhere.

Erin’s baby didn’t die; it was just undetectable because it was a vampire. In vampire lore, the creatures often don’t show up in photos, which could explain what’s happening with Erin’s missing baby. It was in Erin’s uterus the whole time, but the ultrasound machine simply couldn’t detect its vampiric presence. After all, during the appointment where Dr. Gunning can’t find the baby, Erin says her future kid was kicking as usual. According to Erin, the baby kicks “like a butterfly with little feet,” and she didn’t notice any difference in the last 24 hours before the appointment. So if the baby is still moving, it’s probably there. Medical equipment just wasn’t designed to check up on vampires.

The theory isn’t perfect. After all, ultrasound machines don’t work like cameras. Instead, they use sound to create an image, so even a vampire fetus could potentially appear. Plus, Erin truly believes she lost the baby in the show. However, Midnight Mass plays around with its vampire rules. For instance, the vampire in the show doesn’t even have fangs. And other vampire shows, such as the British series Ultraviolet, have shown that the creatures can be invisible to electronic devices. So given all the evidence, the theory—and Erin’s baby—could be alive and kicking.