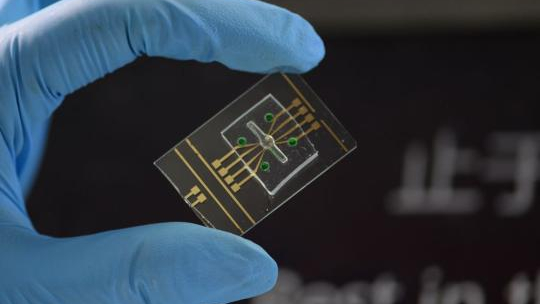 Led by Liu Hong, a professor at Southeast University in the country’s Jiangsu Provincemade, the Chinese team is developing a new process that could give the nation an edge in the race to get the first mass-market DNA storage device.

Reports published in a number of Chinese outlets via the Xinhua news agency highlight the fact that this technology is taking a different approach to Western alternatives. Rather than storing them on a long ribbon just like tape, they split the content into sequences and stored these on different electrodes.

In a statement to China Daily, Professor Liu said his team “has realized the integration of DNA synthesis and sequencing through independent development. The instruments have also been downsized”.

His team’s approach shuns more mature techniques and products in the market where DNA synthesis and sequencing are separated, which is not without parallels in the world of storage in general. Better integration means smaller instruments and simpler operations.

While the path followed by Professor Liu and his team has only succeeded in getting a few words encoded and decoded using his technique, his vision for the DNA technology he is developing is far more ambitious as he plans to get rid of the dependence on so-called liquid reagents.

The aim is to get solid-state DNA storage (SSDS) devices which, like their solid state drives (SSDs) counterpart, are likely to be more resilient and resistant to shock. SSDS will also be more versatile and depending on the material used, more malleable.

That said, few details have emerged on the general performance or storage capacity achieved by Professor Liu and his team, as just like Microsoft and GTRI, details of the achievement being published in Science Advances.

Catalog’s Shannon is the first commercial storage device, but like the first computers in the 1950’s and 1960’s, it isn’t ready for widespread adoption.